Different Forms Of Yoga You Must Know About 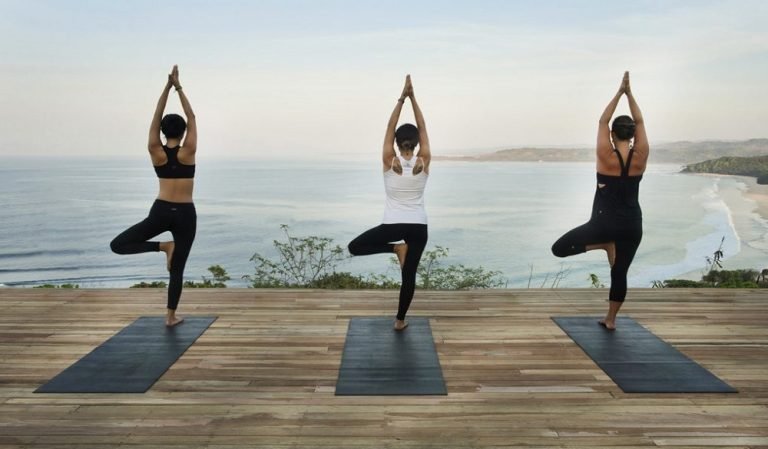 Does anything particular pop into your mind when you hear the word yoga? Do you think everyone is practicing a similar yoga form? If yes, you could be wrong. There are numerous forms of yoga. Also, every yoga practitioner chooses the one as per his or her desire, interest, or goal.

To learn more about different forms of yoga, make sure you go through the following details. Read on.

The word Hatha comes from Sanskrit, in which Ha resembles the sun and Tha signifies the moon. Thus, Hatha yoga poses helps you have a perfect balance in your life. Hence, it offers a gentle approach to yoga practice.

In Sanskrit, the word Vinyasa means flow. Therefore, it depicts the flow between different yoga poses. No two Vinyasa yoga classes are the same. Hence, it helps you be creative while practicing yoga. It is one of the most intense forms of yoga.

B.K.S. Iyengar founded this yoga style that helps the practitioner to master alignment, get stronger, and stay flexible. The use of yoga props is one of the most common sites while practicing Iyengar yoga. This yoga style is passive. However, effectively enhances your mental and physical health.

In Sanskrit, Ashtanga translates to the eight limbs. In his yogic text, Patanjali abundantly explained the eight limbs that cover a person’s life. Krishnamacharya developed the Ashtanga yoga practice. It is one of the most intense forms of yoga.

Anusara yoga came into existence in 1997 with the help of John Friend. It came out from Tantra yoga. The practice of Anusara yoga aims at opening the heart chakra. Hence, it works towards filling yourself with abundance, love, care, and compassion.

If you want to explore the challenging aspects of yoga, you should practice Power yoga. It came into existence in 1995 under the guidance of Bender Birch. Also, its practice aims at developing power and flexibility over time.

One of the intense forms of yoga when it comes to fat loss is Bikram yoga. Bikram Choudhury developed it in the 1670s. This yoga style consists of 26 yoga postures that are practiced twice in a single yoga session. Furthermore, Bikram yoga is practiced in a heated room to ensure fat loss and toxin removal.

As depicted from the name itself, Restorative yoga helps in restoring your body and mind. It is one of the most gentle forms of yoga that makes you stronger from the inside. Furthermore, practicing Restorative yoga calms your central nervous system that soothes your senses.

When it comes to harnessing unlimited pure energy, nothing comes closer to the Kundalini yoga practice. It talks a lot about energy points, also known as Chakras that helps in harnessing energy. Moreover, Kundalini yoga focuses on activating the Kundalini shakti that is lying at the base of your spine. You can learn this form of yoga in a 300-hour yoga teacher training course.

Nothing works like Kripalu yoga when it comes to having a stronger inner focus. It consists of breathwork, meditation, and relaxation yoga poses. Amrit Desai founded the Kripalu yoga in the 1980s. It aims at focusing on the flow of prana within your subtle body.

Are you expecting a child? If yes, you should practice prenatal yoga. It is one of the forms of yoga that helps soon-to-be mothers to prepare for the delivery. Not just that, you become stronger to cope up with the aftermath of childbirth.

The art of Jivamukti yoga is one of the most vigorous forms of yoga. Apart from practicing yoga poses, more emphasis is paid to learning the art of practice. Jivamukti signifies the liberation that you can have while living around. Hence, you enter a state of enlightenment with the regular practice of Jivamukti yoga.

Various forms of yoga mentioned above have different effects on different bodies. Therefore, when you want to learn them, make sure you join a Yoga Alliance certified yoga teacher training course. Learn from a certified master and take your practice to the highest peak.