What Are Virtual Desktops And How it Changed Modern Work Environments? 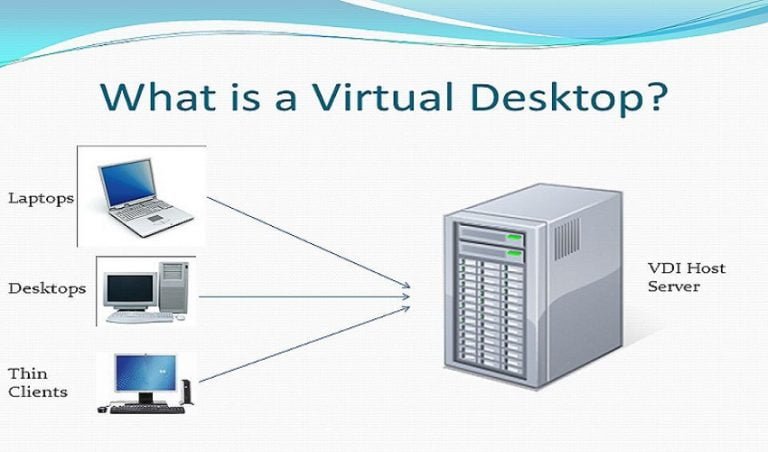 It is a concept that allows the user to run multiple desktops on one computer or many computers simultaneously. The virtual desktop enabled users not to be distracted by their work environment and opened up a whole new horizon for productivity.

Virtual Desktops have been around for a long time, but they did not gain widespread adoption until recently. For example, Microsoft announced multiple desktops for Windows XP, but it never appealed to many people.

Perhaps this was because the principle was not well-known at the time, or perhaps there were no compelling reasons to use virtual desktops. The main reason could be attributed to the lack of exemplary implementations.

Now, however, virtual desktops are becoming more and more popular. There are many successful implementations, and we will highlight a few of them in this article for your convenience.

Virtual desktops are virtual machines. They do not truly exist, but they act as physical machines, with each having its unique configuration (settings, background images). The only difference is the time it takes to switch between them and their overhead.

Virtual Desktops allow users to break out of their desktop environment and create new ones to work in because each virtual desktop can have its specific applications, windows, and more. The user only needs to switch between desktops to access the environment they want.

Why Would I Need Virtual Desktops?

The biggest reason would be to increase productivity by not being distracted by your current task yet still having access to it whenever necessary. For example, you could switch off the internet when working on a presentation and immediately enable it when finished.

Another valuable feature of virtual desktops is hiding an entire desktop when not in use, which helps save screen space and can be pretty helpful when you need very little distraction around you.

5 Things to Know About Virtual Desktops for Businesses

Although there are many good reasons to use virtual desktops, some disadvantages stem from their implementation. One example is that it takes time to switch between desktops.

Another disadvantage is that not all programs or features work with virtual desktops, which can significantly limit their usefulness.

1) Save Time and Money

Using virtual desktops can save both time and money as organizations no longer need to print as many documents or purchase a large number of licenses for a single desktop environment.

It also minimizes hardware costs as each user can have their own computer yet share an expensive multi-monitor setup.

Virtual desktops preserve space because they allow users to have their own work environment without occupying a significant portion of the limited environment, decreasing the amount of hardware required to run the entire company and allowing technicians and other employees to share resources.

Virtual desktops are easy to manage because they are all part of the same operating system. If a user is using Windows, for example, then it can be controlled through Windows. All you need to do is configure the virtual environment to which the user will have access.

Using virtual desktops allows users to collaborate more easily. For example, a user could have a virtual desktop with all the documents needed for a presentation and invite another person to view it.

Once finished working on the document, they can just switch back to their previous environment without disturbing anyone else.

Virtual desktops make security easier because they limit the number of users required to access a machine. For example, an administrator can configure a virtual desktop to allow only a limited subset of tasks to all users.

Another advantage is that virtual desktops can easily encrypt and restrict unauthorized access.

Virtual desktops have many benefits which businesses can benefit from, increasing productivity, decreasing hardware costs, and collaborating more efficiently.

Although virtual desktops are not perfect (and many programs do not support them). It is something that all businesses should consider implementing into their computing environment.