PHP VS Python: Which To Choose For Web Development? 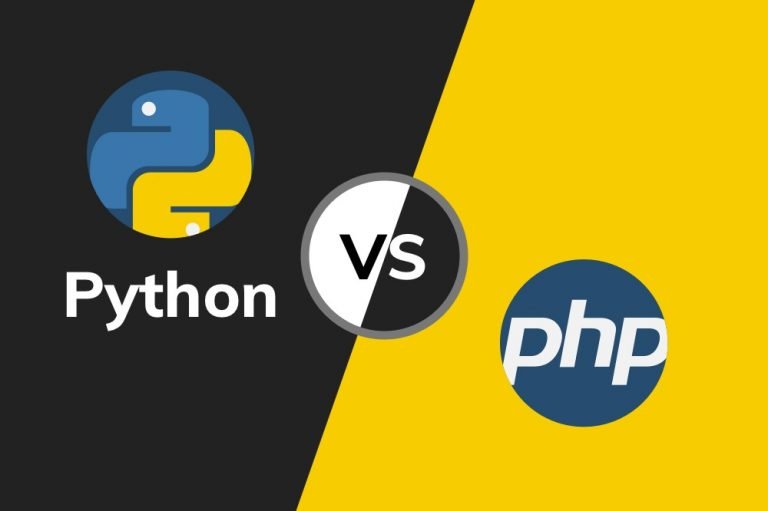 Selecting the right programming language is essential for any kind of web development project. Presently, two major languages are Python and PHP. Most of the developers, mainly the fresher, face the problem of choosing between these two languages.

Most of the websites developed in PHP, but Python has become prominent in the last few years. In other words, there are plenty of things you need to know more about the best PHP web app development. Apart from that, the main question is:

Which Programming Language is Best for Web App Development?

Here is your answer. Let’s discuss both of these programming languages.

Python is considered the open-source programming language. The developer of the python language was Guido Van Rossum. Additionally, this object-oriented programming concept was established in the year 1991. Over time, Python gained immense popularity and became an extensively used programing language. Also, it does offer not only a high level but also easy-to-understand syntax.

As per the 2021 survey of Stack Overflow, Python is the most used programming language. Several companies across the world give preference to Python. They prefer this programming language with their applications. As it is known as the scripting language, developers can use it for web app development.

The term PHP is also named Hypertext Pre-Processor. It is one of the prominent choices of web developers. Along with that, PHP is categorized as an open-source server scripting language. The main motive of using this language is to create user-friendly website pages. The major reason behind its popularity is:

Rasmus Lerdorf developed PHP in 1995. Firstly, PHP was known as the Personal Home Page, then named as Hypertext Preprocessor. Additionally, the majority of web browsers support PHP. This programming language is:

Python is the complete package of benefits. The benefits are the reason that web developers give preference to it. Here is the list of some reasons to select Python.

Reasons to choose the PHP:

When it comes to a competitor of Python, the name is PHP. There are big reasons that you must go for PHP. The below mentioned are the reasons for choosing PHP.

By reading all these reasons, you will get a little idea about which language is ideal for you. To know more about the best PHP web app development, here is the list of features of Python and PHP. With the help of the below-mentioned information, you will get a crystal clear idea about each programming language.

Features of the Python:

Python is a blend of immense features. Do you know all these features? Along with it, if you do not know about it, here comes the list of features of Python:

These features make the PHP and Python languages different from others. Along with it, as per your requirement and understanding, you need to choose the language.

When to choose Python?

In these situations, you need to go for Python.

When to select the PHP?

PHP is used in the following cases:

Also, if you are looking for a less investment option, you need to choose PHP. So, choose the PHP in these 3 cases.

Apps based upon the Python

Applications based upon the PHP.

Some of the prominent applications based upon PHP include:

The information mentioned above helps resolve the confusion between the languages that you want to choose. First of all, check your requirements and then work on them. Also, if you know about the requirements, you will make the ideal decision.

In the end, PHP and Python both have various benefits. Either in terms of website development or any other aspect, you need to choose wisely. Give preference to that language that you have a better understanding of. Due to it, you will not face any problem in understanding it. We hope you liked this post on PHP vs. Python!