How Much Does Python Certification Cost? The Best Platform To Get It! 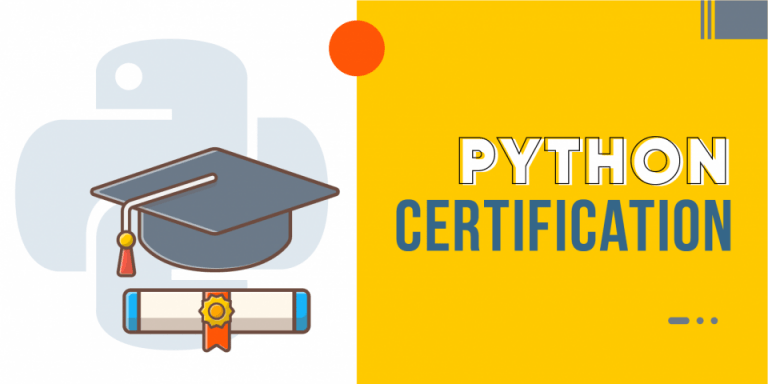 Python is a commonly used programming language. In addition to being a popular “generalist” language, it has progressively crept into highly specialized niches. For example, it has surpassed R as the preferred data-science language for many firms.

To put it another way, people who are looking for Python development jobs will have plenty of options. Is a Python-related certification, on the other hand, a pre-requisite for a successful career? However, to answer that one is more difficult.

Which certification for python would be the most beneficial to me? This is a frequently asked question among those learning programming or data science for the first time.

Moreover, if you search for that word on Google, the results can be somewhat confusing. While some Python certificates are free or included as part of a course, others can cost several thousand dollars. Enroll in a python crash course to get started.

What is a Python Certification?

Certifications in Python are a form of credential. Traditional education is mostly based on credentials. A degree from a university serves as a credential when it is time to look for work. When choosing whether to hire you, employers will look at your degree as a proxy for previous work experience. Proof that you have learned what you claim to have.

Increasingly popular non-traditional educational courses such as MOOCs have duplicated a degree’s certificate of completion by issuing online certifications. Another option is to obtain certificates that design to look like degrees.

Is there a formal certification program for Python?

There is no official way to be certified in Python. The Python Software Foundation had considered establishing an official certification program.

However, those discussions have since been shelved (very long story short, some PSF directors felt that certification would be more marketing gimmick than actually useful).

Some Python certifications are now offered by companies and online educators.

If you have PCEP certification, you have:

A PCEP certified person has mastered all the fundamentals of Python, allowing them to proceed to the intermediate-level study of the programming language and, eventually, professional-level exploration. It is the greatest way to start with python as a newbie.

The PCAP certification not only boosts candidates’ self-confidence in their programming abilities but also allows them to stand out from the crowd in the job market as well.

The PCAP certification gives Python programmers a leg up when it comes to moving up to the professional level of the language.

The PCPP is the Python Institute’s top certification. PCPP 1 and PCPP 2 are the two levels of certification offered here:

With the PCPP credential, employers can verify that a candidate can:

A PCPP1 certified professional is proficient in the following areas:

The Certified Professional in Python Programming 1 certification shows that the person is serious about Python development. By earning this certification, one can establish oneself as a top-tier Python coder around the world.

It is a great credential for any Python developer who wants a certificate that reflects their extensive programming skills and expertise in Python and related technologies.

A PCPP2 certified professional is a passionate, expert-level Python developer who has attained the highest level of expertise in Python. Such a person is capable of automating tasks with Python and developing frameworks, tools, and systems utilizing Python and related technologies.

If you are still wondering if obtaining a Python certification is worthwhile, then yes, it is.

This is an excellent certificate to have if you are already a Python developer. An extra Python certification (or two) will not hinder your career prospects, but credentials are not always an important consideration for many businesses.

As with so many other fields in technology, whether or not you succeed depends on your ability to demonstrate your knowledge. Certifications in the Python programming language might help you stand out from your peers and improve your professional prospects.

Even if you have not begun Python yet, you can do so right now. It is perfect for complete newbies. Find out how to learn Python the easiest way possible and get started right away!