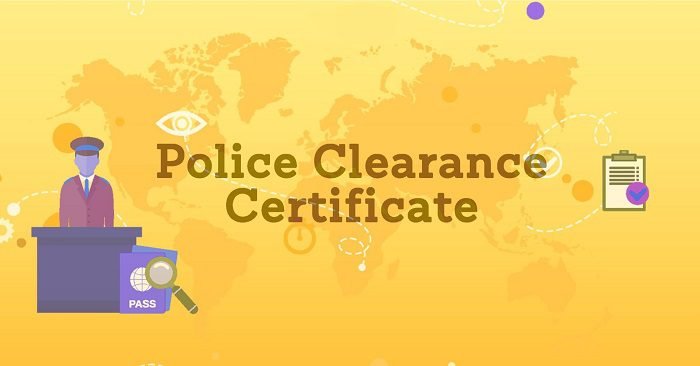 Now, it’s mandatory to have a police clearance certificate or PCC if you are looking for a job in Saudi Arabia.  A similar rule is already applicable for citizens who seek employment visas in Kuwait in the Gulf region.

Recently, the consulate of Saudi Arabia in Mumbai has started requesting to furnish this certificate for any employment there. The consulate has updated travel agents about it to provide for the employment visa, according to concrete sources. This is certainly a new rule introduced for visa endorsement. The authority started abiding by this rule on 22nd August 2022.

Previously, it was not mandatory. However, the Saudi Arabian consular office in New Delhi has been following this norm for a few days. In Mumbai, it is recently introduced. The execution of this norm became compulsory because people from almost all southern states knock at the door of the Saudi Consulate located in Mumbai for visa processing and attestation.

Who Will Issue PCC?

The applicants or NRIs can apply for it over the internet. Even, foreigners who have spent six or more months here can know how to get PCC through this way.

A bench of Justice R. Raghunandan Rao has announced that the police verification document is labeled under voluntary service. It’s a legal right of all NRIs who live abroad to leverage its benefits. Simply put, they can get it renewed from the passport office. The passport office can instruct a regional police station to verify and issue it to the applicant.

The Telangana Court recently heard a case of an Angola-based Indian citizen. He had criminal cases filed against him. The authority rejected his request and did not issue this verification document. He filed the case.

During the hearing, the bench observed that the authority has been in the practice of issuing this proof, here. They may be living abroad temporarily. But still, they can seek a voluntary service. The passport authority can order or request the regional police station for conducting the verification of the applicant.

According to Justice R. Raghunandan Rao, there cannot be any if & but in issuing or not issuing this proof.

As far as the case was concerned, the NRI was working in Angola. His passport was valid up to 28th June 2028. The only concern was renewing his VISA, which required a police verification certificate. This concern led the applicant to apply for the same purpose. The RPO in Vishakhapatnam refused his request. Therefore, he had to file a case in court.

His solicitor argued with the fact that this inaction is high-handed, arbitrary, and violative as per Articles 14, 19, and 21 of the Constitution of India. The petitioner admitted that his wife had sued him with a criminal complaint under Section 498-A, 323, 506 of the Indian Penal Code. He was trialed under Section 3 of the Dowry Prohibition Act.

His solicitor had arguments that despite being booked with charges, the petitioner still had a right to get this document. Failing to furnish it would result in the cancellation of his visa. This mishap would end up in losing his job in Angola.

Upon hearing, the assistant solicitor general said that getting this document is a voluntary service, which benefits Indian natives. So, there is no underlying duty that can be cast on the respondent in issuing this proof. Therefore, the judgment has been passed, and the RPO is ordered to issue this document to the petitioner.

The orders have been sent to the Home Department of the state to comply with the judgment.

Why Do Countries Require this Certificate?

Every country is worried about the safety of its citizens. All nations want to have a crime-free place. They don’t want criminals to come there in the name of employment and rot the peace.

This is why this certificate is requested for. Its issuance confirms that the prospective employee abides by the law and doesn’t have any criminal mindset.

What Documents are required for PCC in India?

Here is the checklist of all documents required for the skilled or semi-skilled workforce to work abroad:

When do You Get it?

An Indian police clearance certificate may be issued in one day from the Indian Passport Office. This would be the case wherein no police verification is required.

Typically, everyone has to get through it. It’s a complete procedure that may take a month-long duration. Within this period, the applicant will receive a call or message from the nearest police station. This is a step to inform the applicant about physical verification, which is generally conducted at home.

The officer visits your home and requests two more witnesses. These can be anyone from your family, neighborhood, or friends. Just ask them to be ready with their nationality card, which is Aadhaar Card.

The officer visits and gets all formalities done within half an hour. A positive report and satisfactory answers regarding address and birth date lead to approval. Once all things are over, you get your passport and certificate the very same day.

A police clearance certificate is also called a police verification certificate. As per a recent jurisdiction, the RPO can instruct the police to issue it to the NRI for visa renewal. It’s a voluntary service, which is the right of every native. NRIs or people leaving for employment in Saudi Arabia should have this proof.