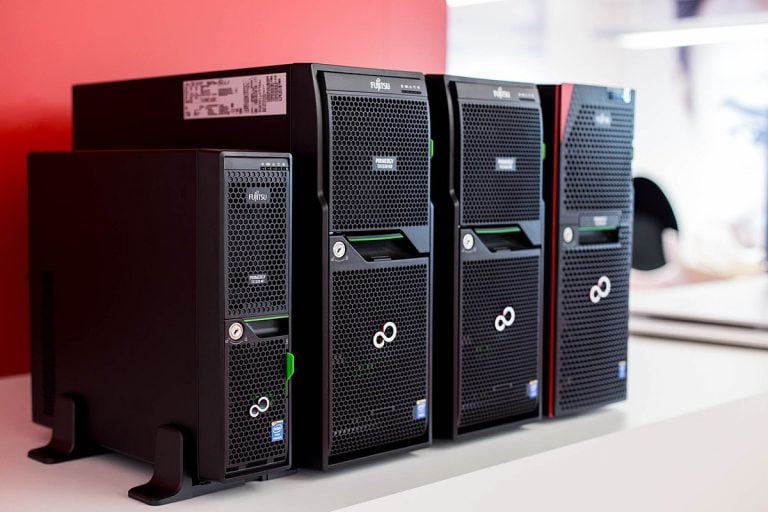 Do you need a new server for your business? If so, you may be wondering if a tower server is the right choice. Tower servers are great options for businesses that need more power and storage than a traditional desktop computer can offer. In this article, we will discuss the pros and cons of tower servers and help you decide if one is right for your business.

What is a tower server?

A tower server is a type of computer server that takes up less space than other types of servers, such as rack mount servers or blade servers. Unlike these other server types, which are typically housed in large rack cabinets or enclosures, tower servers are designed to sit upright on the floor or under a desk and take up minimal space.

One of the main advantages of using a tower server is its flexibility. It can be placed almost anywhere in your office or data centre without taking up valuable real estate. Additionally, because it sits on the floor instead of on a shelf or rack, it is easier for IT technicians to access and service the hardware components inside. This makes tower servers an ideal choice for organisations with limited IT resources or those with limited IT budgets.

In addition to their flexible deployment options, tower servers also offer several other key benefits. These include:

Low cost – Since tower servers are often simpler and less complex than traditional rackmount models, they can be significantly less expensive. This makes them an attractive choice for organisations shopping on a tight budget.

Reduced noise – Tower servers are typically quieter than rackmount models, since they don’t require as many cooling fans to keep their components cool. This makes them a good choice for use in environments where quiet operation is important, such as hospitals and libraries.

Easy setup and management – Many tower servers can be set up and configured entirely through a web-based interface, making it easy to get them up and running quickly with minimal IT expertise. In addition, many tower servers come with built-in automated tools for performing routine maintenance tasks like firmware updates, so that administrators don’t need to devote as much time to managing these systems over the long term.

Cable management – Tower servers typically require more cables than rack or blade models and can be cumbersome to manage, particularly if you have multiple servers to set up. They will also likely be bulkier than rack servers with similar specs.

Network latency – Tower servers tend to be located closer to users than standard rack mount models, which can lead to an increase in network lag times. In addition, because these systems are designed for compact spaces like offices and classrooms, many models don’t support high-speed interconnects or hardware that allows data transfer rates across long distances. These factors can impact the performance of applications that rely heavily on these capabilities.

Limited scalability – Tower servers are typically limited to four or six CPU sockets, which limits their ability to grow and scale with an organisation over time. This can make them a less-than-ideal choice for organisations with aggressive growth plans or who need maximum flexibility in managing their IT infrastructure.

The key components of a tower server include the motherboard, processor (CPU), memory, power supply and hard drives. The motherboard provides the base upon which all other components are connected, while the CPU performs calculations made by software programs to ensure smooth operation of other hardware devices. Memory helps to store data that needs to be accessed quickly and frequently, while the power supply ensures that electricity reaches all necessary components so that the server can operate. Finally, hard drives are used to store data, both for long-term archival use and for faster access.

How to buy a tower server

If you are looking to purchase a tower server for your business or organisation, there are a few things you should consider before making a decision. First, make sure that the server can support all of the necessary applications and software that you will be using. Software vendors will list the minimum and recommended specs for their applications so cross reference these against the server’s specs to ensure it can cope ahead of purchase.

Additionally, consider any future growth or expansion plans for your organisation, as you may need to upgrade your tower server in the future as your needs grow. Most tower servers will have some capacity for upgrades to RAM and storage. Larger, more expensive models will have more vacant drive bays and expansion slots.

If your server is going to be used to run mission critical workloads and you can ill-afford any downtime, look for a tower model that comes with redundancy built-in. There are tower servers available with hot-swappable hard drives and redundant power supplies. If a drive fails or shows signs of failure, you can replace it while the server is still running. Similarly, if the main power supply fails, the second one kicks in to keep the server running.

Finally, take into account any IT resources or expertise that are available at your organisation, such as system administrators or IT technicians who can help maintain and manage your server. With these considerations in mind, you should be able to choose a tower server that is right for your business needs.