How Has MBBS in Russia Still Maintained its Dominance? 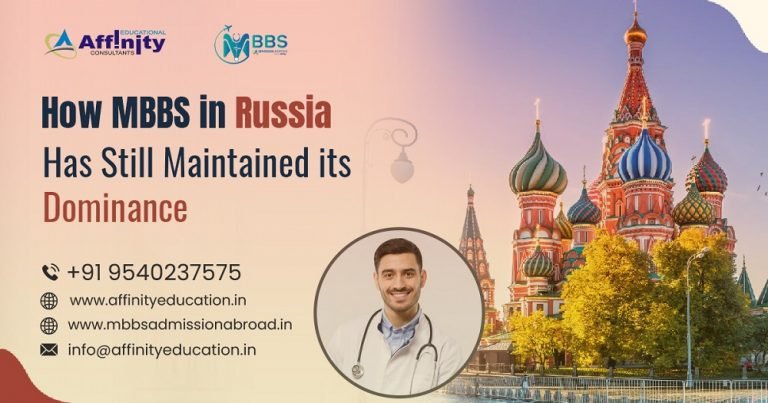 Looking at the increasingly globalized world, there are a lot of destinations that candidates can opt for to pursue higher medical education. However, despite the many options, a large number of them prefer to go for an MBBS in Russia.

Thus, it becomes extremely important to know the reasons that make this prospect so desirable among the masses, from the quality of the place to the fees of MBBS in Russia. This post seeks to explore all of it in answering this question.

For decades, this country has maintained an impressive educational record, with more than a 99% literacy rate consistently. Perhaps this is why many prefer a Russia MBBS over others to date.

Another thing to keep in mind is the fact that Russia is the direct descendant of the Soviet Union. The latter, throughout its lifetime, was a giant in the sciences, being more advanced even than its rival, the United States is. Thus, Russia keeps some of its qualities, including quality in medical education.

This is evident from the plethora of medical disciplines that cover all the important departments in which a professional medical needs to have familiarity. These include:

This is primarily responsible for hitting home the fact that MBBS in Russia is a safe and trustworthy option. Support and recognition by the Government of the Russian Federation go a long way in ensuring that the medical education imparted in the various universities is top-of-the-line and up-to-date.

This is because these institutions are bound to update themselves with all the provisions that the government comes up with as part of their policy or that of any international body its part of. It also has a role to play in determining the rates as far as the fees of MBBS in Russia are concerned.

All the top and most prestigious medical universities in Russia are “public bodies,” i.e., under the purview of the government and financed by them. Thanks to the grants made by the government, the universities have enough funds in their hands to offer subsidized education to all.

What’s even more delightful and perhaps known by most medical aspirants is that apart from the fees stipulated by the universities, students/enrollees are NOT required to pay any donations and capitation fees. Perhaps this clause related to the fees of MBBS in Russia is why many prefer to get their higher medical education degree in Russia rather than India.

In simple words, the involvement of the government and being under its purview is the reason for quality and affordable education in the universities in Russia.

The above may be the case for various other prospects around the world as well, but what makes a Russia MBBS truly unique is the opportunities available for the students to indulge in leisure and explore the region when free.

Russia has enough sites to see, whether it’s part of the music/dance/debate troupes, sports teams, or venturing out solo. Foreign/international students can seek out to explore places like the:

Being an Indian Student in Russia

Indian students pursuing MBBS in Russia are particularly at an advantage here, primarily due to the historically positive and non-hostile bilateral relations between India and Russia.

What these factors do is make one forget (at least for the time being) that they are far from home. And in fact, make them feel at home.

A Russia MBBS is truly one of the most legitimate prospects, especially for international/foreign medical aspirants. This is mostly because the medical universities there has a 360-degree approach when it comes to the services offered.

Everything from the validity of the medical degrees; there to the affordability there and the various leisurely potential of Russia is enough to convince; one of the attractiveness of the MBBS in Russia prospect.

This is a highly suggested and recommended decision for those; looking for a globally recognized medical degree at costs that are not a burden on one’s pocket!