Best Free Calling Apps For Android Smartphone To Any Number 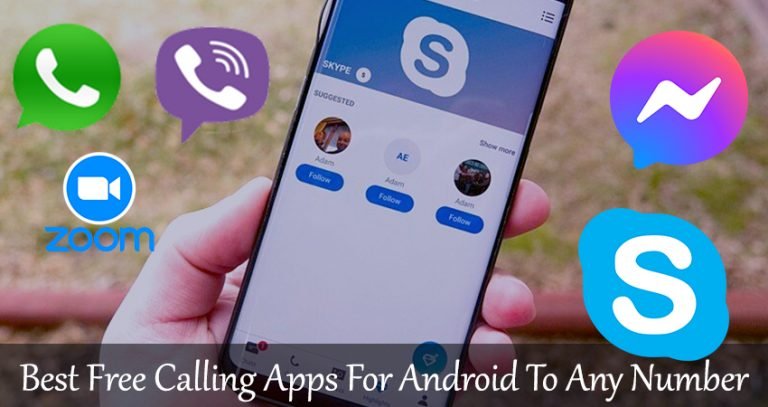 Nowadays, people do not just want to rely on the standard phone call features provided by phone call companies. If you are among those people, it is time for you to choose the best free calling apps for android to any number.

There can be many reasons behind using calling apps for android. One primary reason that most of you will agree with is the phone call charges. Taxes and other things are making phone calls expensive day by day.

That is why reliance on those free phone call apps is increasing drastically. Another fantastic thing about those calling apps is that you can also send and receive multimedia like images, videos, and text messages through these apps.

Free Calling Apps For Android To Any Number

Here are the 8 best free calling apps for android to any number that we have chosen. Let choose and start calling free.

Google always stays one step ahead to provide the best to its customers compared to other companies. Among all other calling apps for android, Google Voice has made its position.

It is well known to be the most comprehensive android app for making phone calls to any number over the internet. All you need is a Google account to run this free app.

International phone calls are not free to countries other than Canada and United States.

It is not a secret anymore that Facebook has owned WhatsApp. It is now of the most famous and widely used phone call app all over the globe. WhatsApp started its journey being an independent app that was used to make text messages.

Nowadays, it is not just limited to making text messages. You can do almost everything using this app. Transferring videos, audio, images, and making video calls, for those things, WhatsApp is a venerable app.

Phone calls are limited to only those contacts who have installed this app.

If your main priority is unlimited phone calls to any number, then Dingtone will be the perfect choice for you. Dingtone has some unique features that most other android free call apps don’t.

Having Dingtone is like getting a new sim for your android device. You will get a unique number on the first installation of this app. It has free call access to over 200 countries, including UK, Australia, the US, and Canada.

You may need to earn credits; see ads or spend money to make international calls on other phone numbers that do not have Dingtone

Skype is not just famous for android users. It is widely used on ios and Microsoft computers as well. Skype is one of the most popular apps created by Microsoft for making phone calls, video conferences, and Transfering multimedia texts.

You can use the same account on your android device, PC, and MacBook without any issue. For video conferences, it also is trendy and reliable. Make sure to have a Headset for Android, iOS, MacBook, and PC for the best experience.

If you are too concern about your security, then Signal Private Messenger will be the best choice for you. The main focus of Signal is to protect the privacy of its users. And over time, it has proven its safety and reliability.

There is no record of leaking personal issues or recording any sensitive content of any user. It also is free for both territorial and international uses.

You can only contact those who have installed Signal on their phone.

TextNow is quite similar to Dingtone. It is widely used for making free calls and text messages. You can also use this for sending voice mails. After installing this app and setting all the things up, you will get your dedicated phone number. You can give this number to other people to contact you, just like an actual phone number.

Facebook has become one of the most popular social media platforms in recent years. However, Facebook has an app that people use for making calls and Transferring media known as Facebook Messenger.

Viber did not expect at the beginning that it would be this popular and would offer many other features. It started its journey as a basic VoIP service.

When Viber reached this much popularity, then it launched various features other than just making VoIP calls. You can use Viber for making voice calls, Video Calls, Texting, and sending multimedia free.

Some customization options are not free.

You can use one or more free calling apps from our list to make phone calls through your android phone. For a better experience, make sure to have Best Bluetooth Headsets for Audio and Video Calls. Those headsets are not just for Android devices. You can also use those on your Laptop, iOS, or Macbook. Those are also suitable for office uses.