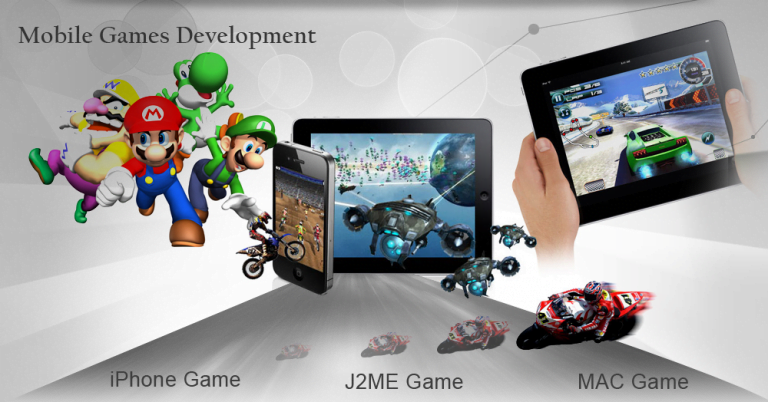 Gaming has evolved as a major niche when you talk about mobile and app development. The mobile gaming industry is a serious business if you look at the revenue generation part. With a worth of USD 98 billion as of 2020, the industry is set to grow to USD 272 billion by the end of the next decade, that is 2030.

From Android to iOS, gaming app downloads are some massive numbers to watch out for. So, it’s pronounced that iOS, Android game developers, and iOS game development services are something that would stay in demand.

Firms don’t shy away from spending big for the best iPhone game development services to develop the best games for their users. Quality professional services can be a game-changer, as they say.

Further, it is pretty predictable because it garners big revenue from the industry. They cannot let themselves low amidst the cut-throat competition. From the developer’s perspective, it is a challenge to bring out the best of their skills every time while innovating and conceptualizing what they offer.

In this changing world, everything is developing day by day. There are no exceptions for mobile phone companies. The best and newest mobile phone also gets out of date immediately after a new launch. In those new mobile phones, the companies offer unique features that attract customers to buy them.

Since you are here and are looking for the best practices for game development (as the title says), we will not let you down. We will be discussing here some of the best and effective techniques that would help you develop amazing and effective games for iOS users.

Only when you have a plan and know what you want can you translate that into a successful gaming app. During this stage, you can model the game mechanics in code.

However, remember that not everything else shall be in the code files, as you would be left with tons of duplicate code. If the game you are developing is big and complex, break that into gameplay files and resource files. The game file would carry a hardcore mechanism, while the source file would have everything else.

One important thing for the game (especially from the user’s perspective) is that it should not occupy much space on the device. The more space the gaming app acquires, the more it eats on the functioning of the device.

To ensure that the game you are developing goes less on space requirements, avoid the png loading function on the GLSprite Demo from Apple. It carries many cache images that increase the size of the developed game. Further, try to crop the sprites tightly to save on the space front.

In game development, an updated loop is an important component. It is an effective method to orchestrate the game actions. Generally, mobile games are rendered at 60 frames per second. However, the developers have an option to set their own preferences for specific activities.

When the game is complex and the user device is overloaded, then the global rendering speed can reduce the speed of mobile games. To avoid this, use the timer provided by the game engine instead of your own. Further, when you need to add your own specifically-timed actions, integrate them with the internal timer.

4. No to Third-Party Libraries

Though using third-party libraries may sound like a quick and easy option for developing and designing the app, it is ineffective. Apple, as per its policy, calls for avoidance of third-party integrations in the app.

Thus, it encourages the users to come out with their own solutions. If you aim to make your app featured and popular, it is better to avoid going for such methods.

To develop something compelling, you need to use effective tools. You must use the proper software development ecosystem to bring the conceptualized game into action. Go for platforms like LiveCode, GameMaker, and Stencyl, known among developers for best quality developments.

Further, you can also look for game development engines like Unity Mobile that is known not only for Android but iOS game development as well. Sparrow, iTorque, Newton, Oolong, etc., are some other effective engines that you can opt for to get your game’s level to the top.

So, that is how you can go about developing an effective game app in iOS. We hope you have some valuable insights reading this; that you would put to action as you develop the iOS gaming app. For more informative content on apps and game development, please stay connected with us.